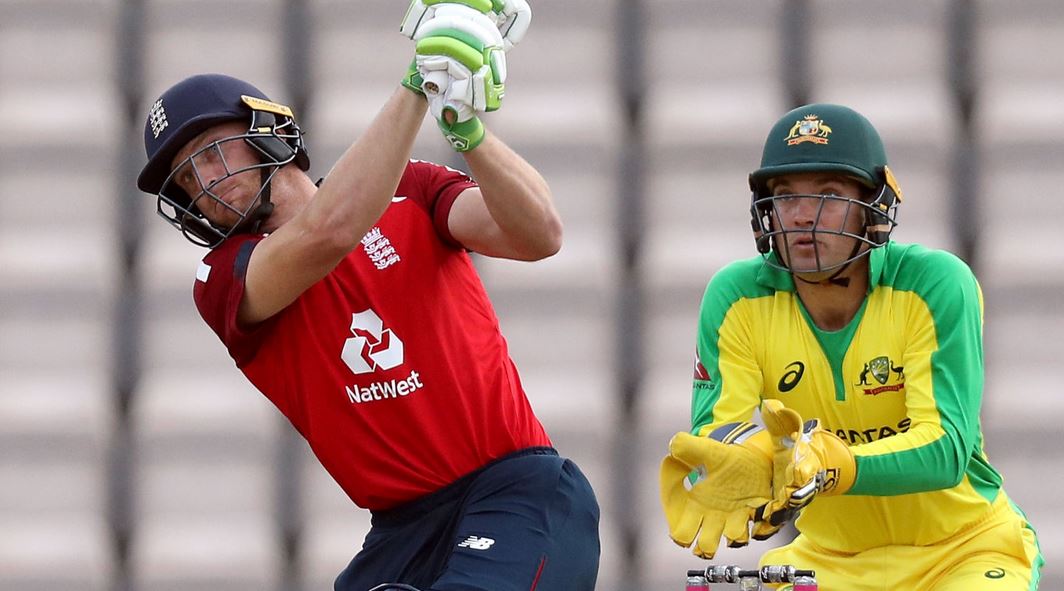 England and Australia have faced 25 times each other in T20 Cricket. England have slight edge over Australia in T20Is with 11-10 lead.

Start from both the teams is not too good. Both teams have won 1 match and lost 1 match. Match is going to be very important for both the teams and for T20 World Cup thrilling point of view.

Australia is at bottom of points table despite big win in last T20I against Sri Lanka. Momentum is also not with Australia as they lost T20 series against England just before T20 World Cup. David Warner is not firing with the bat. Australia needs some runs from his bat. Mitchell Marsh is looking in good touch, although he hasn’t played big innings with the bat in first 2 matches.

Marcus Stoinis and Glenn Maxwell looked in carnage mode in previous one. One among both will be a good choice for pick in fantasy team. Bowlers haven’t given a performance they are known for. Pat Cummins, Josh Hazlewood and Mitchell Starc are wicket-takers with Adam Zampa likely to miss another match because of Covid.

England will be highly disappointed with the result in last match against Ireland, which they lost due to DLS. All the matches for England now will be must win if they want to qualify for semi-finals. Jos Buttler, who was looking in red-hot form is yet to play impact innings. Alex Hales is not too consistent, Dawid Malan is among runs. Malan and Buttler can be picks from England batting.

Ben Stokes, Liam Livingstone and Sam Curran, all have wickets but from batting, big innings is needed from Ben Stokes as well. Sam Curran is most successful England bowler.

Among main bowlers, Adil Rashid and Chris Woakes, both has failed to impress. Mark Wood is among wickets. England might play Chris Jordan in place of Chris Woakes.