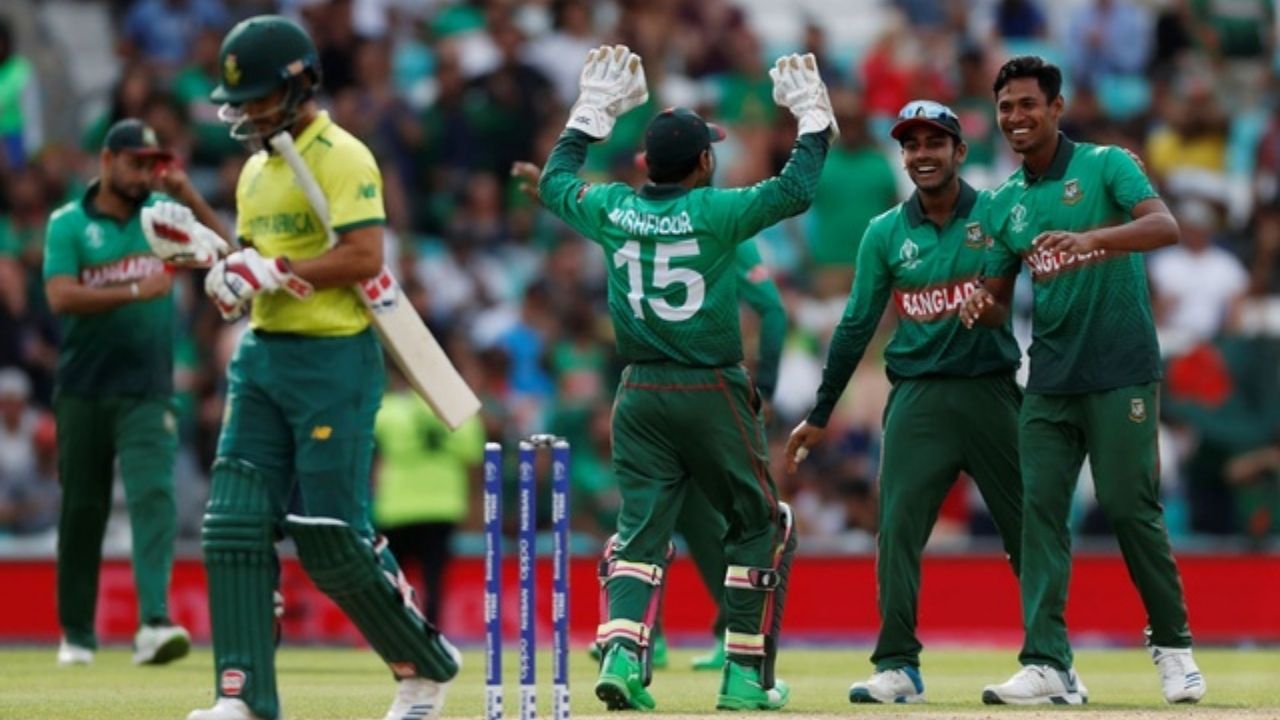 Match No 22 of T20 World Cup is match from Group 2 between South Africa and Bangladesh(SA vs Ban) to be played on 27th October 2022 at Sydney Cricket Ground, Sydney. Match will start at 08:30AM IST and 02:00PM Australian time.

Both sides have played 7 T20Is so fat against each other, all of 7 are won by South Africa. Bangladesh is yet to open their winning account.

South Africa are looking favorites to win this match. Their start in the tournament is really heartbreaking as they were about to win 1st T20I against Zimbabwe, but rain has different plans that day. Now, they will be looking to win their all remaining matches.

Quinton de Kock was in different mood against Zimbabwe, he can be pick for fantasy team. Also as a captain he is good choice. Rilee Roussouw is in good form. Markram can deliver with both bat and ball. They all are fantasy choices for match.

South Africa played with 4 specialist fast bowlers in last match. In this match as well, they are likely to go with same playing XI. Wayne Parnell and Lungi Ngidi were among wickets in last match. Once again they will be picks with Kagiso Rabada as 3rd bowler.

Bangladesh won their 1st T20I after long time in last match against Netherlands. Their batting is looking ordinary, as they have to face pace battery of South Africa. It will be very challenging for Bangladesh. Their seniors need to take responsibility.

Litton Das, Afif Hossain and Soumya Sarkar are good batsmans. Among 3, 2 can be taken in fantasy team with Shakib as all-rounder.

In bowling unit, their some bowlers have done well, Mustafizur Rahman’s from is sign of concern for Bangladesh as they have to face big teams as well. Taskin Ahmed took 4 wickets in last match. Hasan Mahmud is other player to pick in fantasy team.