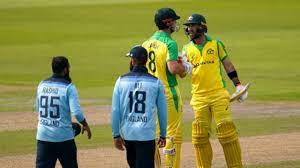 Australia are coming into this series after group stage exit from T20 World Cup 2022. Australia will be with new skipper Pat Cummins who got appointed as full time captain after Aaron Finch announced retirement. Travis Head will be most probable replacement of Finch.

David Warner is Australia’s most senior player, he will be player to choose in fantasy team. Steve Smith is another player who is consistent from Australia, he will be also pick with option for vice-captaincy. Cameroon Green will be most probable replacement of Glenn Maxwell, who is ruled out due to injury. Marcus Stoinis is best all-rounder to pick.

Bowling lineup of Australia was not at their best in T20 World Cup 2022, where all bowlers struggled lot to take wickets. However, Pat Cummins and Josh Hazlewood can be picked as Australian bowlers in fantasy team as they are wicket-takers.

T20 World Cup 2022 champions team will be playing after a gap of 3 days of becoming World Champions. In this series, England will be with different faces. Liam Livingstone and Mark Wood are not part of ODI series. Jason Roy will be playing in ODI series and he will be option to pick as well. Dawid Malan is with team for long time and he can be picked as well.

Jos Buttler is in brilliant form so he will be wicket-keeper pick. Sam Curran is going through good patch, he can be picked as captain for match. Adil Rashid and Chris Woakes will be bowlers picks from England team.