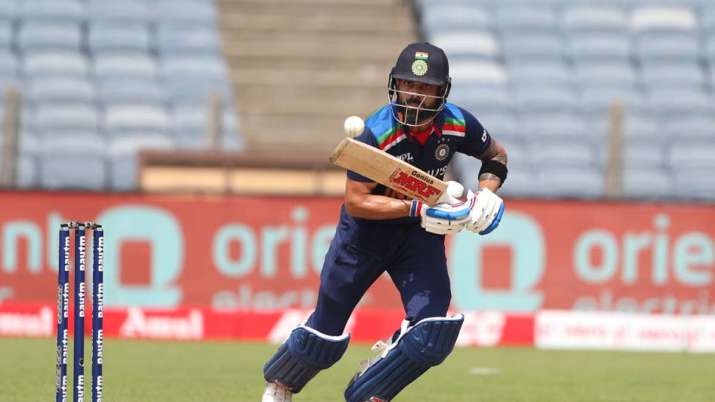 Virat Kohli is one of best batsman of this generation. He has led India to win many matches with his batting performances. With the bat he has many records to his name. He has best average among batsmans who has scored 10,000+ runs in ODI Cricket.

Virat Kohli has 43 ODI centuries to his name, but from last 3 years he hasn’t scored any ODI century. But still his fans and cricket experts predict he will bounce back and once again will rule with the bat. Kohli was the number one ranked ODI batsman from August 2017 to April 2021, counting to 1,258 days

Virat Kohli’s first ODI game as a full-time skipper for India. India while chasing 351 lost both the openers inside the powerplay. Kohli started playing different game that day. He started smashing bowlers for boundaries at very straight. India was 63/4 in 12 overs. Kohli and Kedar Jadhav started counter-attacking England bowlers.

Virat Kohli and Kedar Jadhav made 200 run partnership for 5th wicket and keep India alive in the match. Kohli was dismissed after scoring 122 runs off 105 balls.