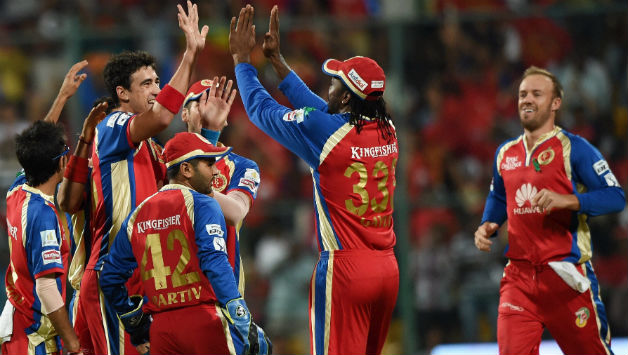 RCB is the team with lot of fanbase and they are among top sides in IPL history. Top teams like Chennai Super Kings, Mumbai Indians and Kolkata Knight Riders have won 11 trophies among all.

RCB always have bunch of top players and many big players like Shane Watson, Chris Gayle, KL Rahul, Yuvraj Singh, Albie Morkel, Jacques Kallis, Kevin Pietersen etc. have played for them, but still they have no title to their name. So, here are some reasons why Royal Challengers Bangalore never won IPL:-

Firstly, RCB never have Best team on paper. They have bunch of 3–4 best players.

What is Best team ?? That is Mumbai Indians squad of IPL 2020. They had power-hitters in the start, there were quality all-rounders and finishers in the end. They had best death bowlers in the end and have replacement of each and every player.

Imagine Lynn, S Rutherford and Coulter-Nile were warming the bench, how good the squad was.

Although, RCB had good bunch of players in IPL 2014 like Yuvraj Singh, Chris Gayle, AB De Villiers, Albie Morkel, Mitchell Starc etc, but they don’t had complete team. Mitchell Starc used to bat at No 7.

Virat Kohli and RCB can never decide in the whole tournament what is their best playing XI.

Teams like CSK, KKR and MI know before the start of tournament what will be their best XI, here RCB takes 6–7 games to find their Best XI. In that period CSK and MI were on top whereas RCB starts taking momentum from 7th-8th match.

RCB never invest on bowlers and never have best death bowlers like MI have.

They never chooses right bowlers. They never know who are their best bowlers and don’t go for bowlers in the Auction. Yuzvendra Chahal is the only bowler who played for RCB for 7-8 years and if I talk about other teams,CSK have Bravo, Jadeja etc. ,MI has Bumrah, Malinga, Pandya etc., KKR has Narine, Kuldeep, Russell etc.

Siraj was their death bowler in IPL 2019.

Virat Kohli hardly backs his players like MS Dhoni and Rohit does.

Virat Kohli has lacked lot in captaincy, he has failed to guide his bowlers.

RCB had best squad in IPL 2016, in which they reached finals. They should not let KL Rahul,Chris Gayle and Shane Watson leave.

In last 3 seasons, they are only team to play playoffs in each season. But they have failed in big matches. RCB have backed talented players and they have bought bowlers with the likes of Wanindu Hasaranga, Harshal Patel, Josh Hazlewood, Kyle Jamieson etc. Overall, team has improved lot but still their wait for 1st trophy is not finished yet.