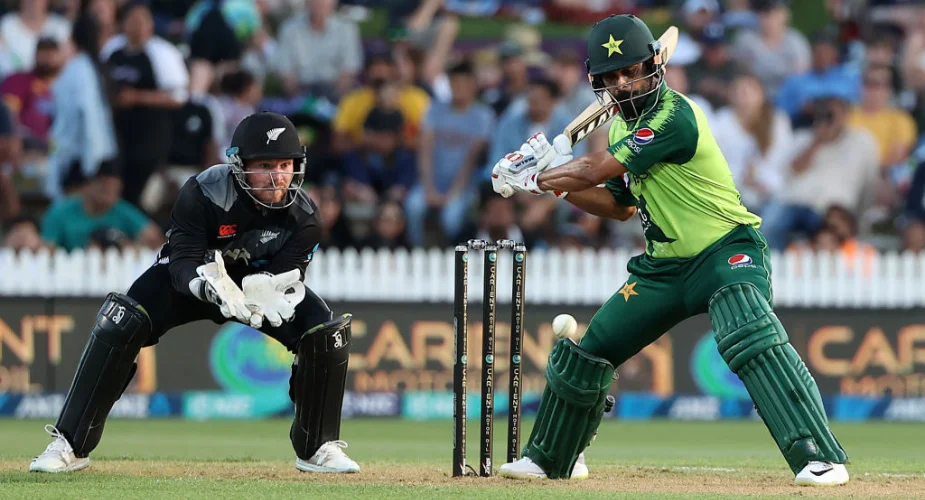 2nd T20I of Tri-series among Pakistan, Bangladesh and New Zealand will be played on 08th October 2022 between New Zealand and Pakistan(NZ vs Pak) at Hagley Oval, Christchurch. Match will start at 07:30AM IST.

New Zealand will be with their best playing XI in this T20. Before the match Daryl Mitchell got ruled out of series due to injury. As a result, Finn Allen is likely to open with Martin Guptill at the top. Kane Williamson and Devon Conway are their best batsmans, both must be a part of fantasy team. Glenn Phillips is other good option who is capable of playing quality knocks.

Jimmy Neesham and Michael Bracewell will be all-rounders for New Zealand. Pace attack of New Zealand is looking unplayable with likes of Trent Boult, Lockie Ferguson and Tim Southee. Among 3, 2 can be picked in fantasy team. Sodhi will be playing as lead spinner.

Pakistan have opened their account in the series with a win against Bangladesh in 1st match. Once again, Mohammad Rizwan playing till the end worked for Pakistan. In 2nd match as well, he is best choice for captaincy. Babar Azam is other Pakistan batsman to pick in team. Shan Masood is other player to pick.

Bowling of Pakistan once again done it for Pakistan in 1st T20I. Nawaz has bowled consistently brilliantly, also he has bowled in powerplay overs. He is wicket-taking option with the ball. Haris Rauf and Mohammad Wasim Jnr are impressing with their bowling.

All three are brilliant choices to pick in Dream11 team.