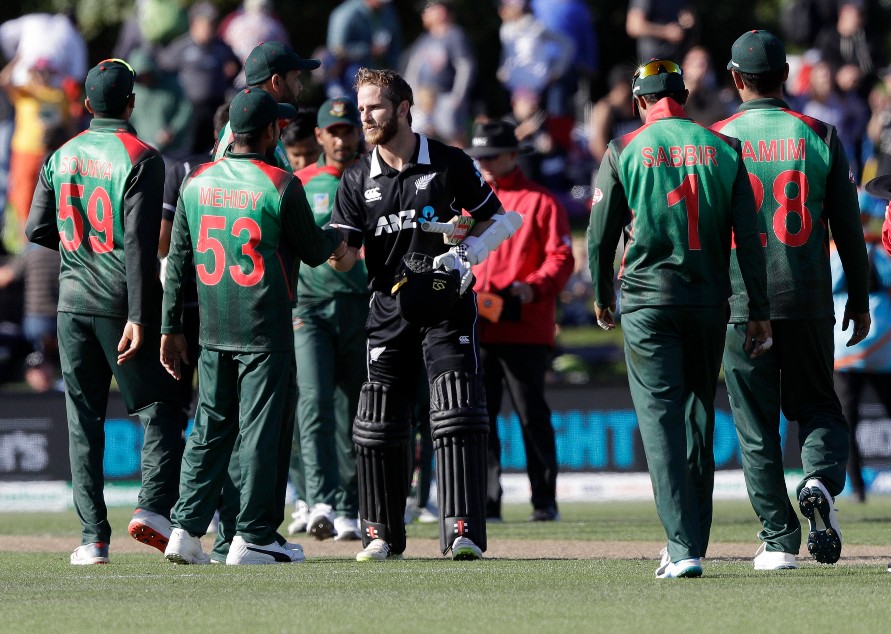 3rd T20I of Tri-series among Pakistan, Bangladesh and New Zealand will be played on 11th October 2022 between New Zealand and Bangladesh(NZ vs Ban) at Hagley Oval, Christchurch. Match will start at 11:40AM IST.

Both the teams have lost their 1st match against Pakistan. Teams will be out to open their points table in this match.

For New Zealand once again, all eyes will be upon Devon Conway, Kane Williamson and Glenn Phillips. All are intelligent batsmans who keep scorecard moving till the time they are at crease. Devon Conway is best choice for captaincy with others to be part of fantasy team. Jimmy Neesham is capable of playing cameos in the end, also with the ball he can take wickets. Neesham can be a pick in fantasy team.

In bowling unit Blair Tickner picked 2 wickets vs Pakistan, but was gone for runs. Trent Boult and Tim Southee once again will be pick in Dream11 because of good form. Ish Sodhi and Michael Bracewell will be spin bowlers.

For Bangladesh, Shakib al Hasan missed the first match and it is unlikely he will feature in 2nd match. Mehidy Hasan is opening the innings. Also he bowls 4 overs. He can be best vice-captain choice in fantasy team. Afif Hossain and Litton Das are among runs in last few matches. These 3 are best picks from Bangladesh.

In bowling, Mustafizur Rahman is not at its best in last 1-2 year. Bangladesh will be banking upon his form lot. Taskin Ahmed and Mohammad Saifuddin have taken wickets regularly. They will be picks for fantasy team.