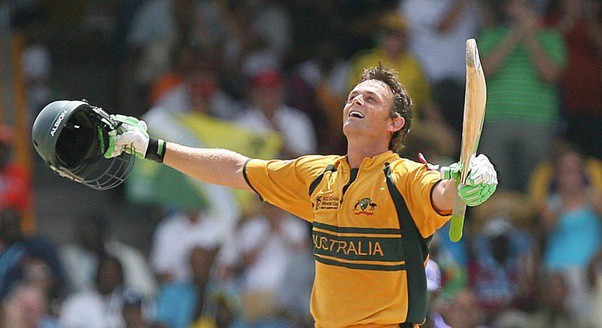 Adam Gilchrist is undoubtedly greatest wicket-keeper and batsman of all time. Aggressive from ball 1 and used to smash bowlers in powerplay. His strike rate of 96 makes him one of the dangerous opener. Gilchrist has scored 9619 runs in 279 innings at an average of 35.9.Australia have won all World Cups Adam Gilchrist has played(1999,2003,2011) and in all the finals, he scored 50+ runs.

Sri Lankan former Captain and legendary player is one of the player to have scored 10k+ runs and take 300+ wickets. However, With the bat he was not too consistent but on his day he used to dominate bowlers. He is other opener who is known for smashing bowlers from ball 1. Jayasuriya has scored 13,430 runs in 433 innings at an average of 32 and have scored 28 hundreds.

Bowling is another thing which Jayasuriya have. He has taken 323 wickets with the ball. Because of bowling, he is preferred over Matthew Hayden, Stephen Fleming etc.

When to comes to aggression, knows is more aggressive than this man on the field. One of the best Captain and leader who always backed young players and his team. With the bat he used to play long innings and was handy bowler as well. Ganguly is known as God of Off-side. He has scored 11,363 runs in 300 innings at an average of 40 and also have 100 wickets.

1 thought on “Best ODI XI only with Left-Handers”