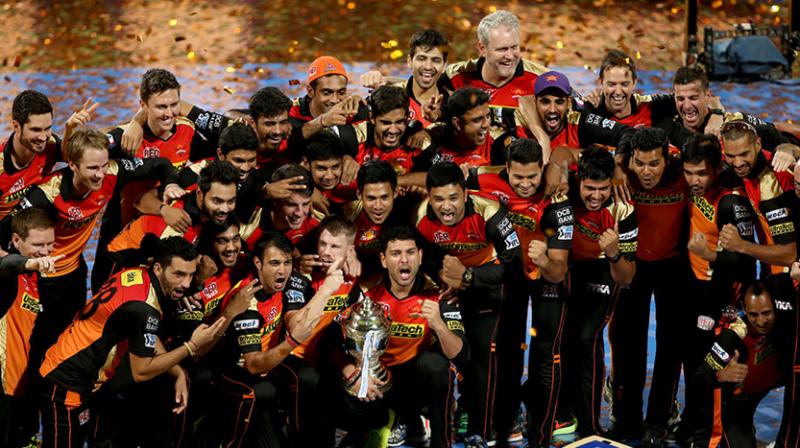 Sunrisers Hyderabad played their 1st IPL in 2012 when Deccan Chargers were terminated.

On Paper SRH is not such a strong side but is good balanced side. Sunrisers Hyderabad won IPL in 2016 and in 2018 they were runner-ups.

SRH is side which is always reliant on foreign players, but this year they have good bunch of Indian talented players. Kane Williamson will be leading side this season and they will be without their warriors David Warner and Rashid Khan.

So, here is what should be SRH’s Best Playing XI:-

Rahul Tripathi impressed everyone in his debut season in 2017, where he was opening batsman for Rising Pune Supergiants. After that, he didn’t get enough chances till IPL 2020. Last season, he impressed everyone with his batting.

He played near abut 3-4 match wining knocks for KKR, which led him to get Rs 8.50 Crore in IPL Auction.

Another talented star, who hasn’t showed his shine in IPL yet. Abhishek opened for Sunrisers Hyderabad in last few games last year. He has strike rate of 139, which SRH will be expecting to play that kind of cameos and knocks from Abhishek.

Kane Williamson is one of the smartest batsman in Sunrisers side. Kane’s job is to play till and understands the game very well.

Williamson has always stood up whenever Warner is not there whether as Captain or player. This year Kane is main player of SRH as they are without their key players. Kane will also be leading side this year.

Clean striker of the ball and good all-round batsman, Markram played last year for Punjab Kings. In T20 World Cup last year, he was South Africa’s most valuable player with the bat and with the ball as well he can bowl some handy overs.